June 10, 2021 – Camelot UK Lotteries Limited (‘Camelot’) today announced record National Lottery sales of £8,373.9 million for the 2020/21 financial year (1 April 2020 to 31 March 2021), an increase of £468.8 million. Total National Lottery sales for the year surpassed £8 billion for the first time, resulting in the best-ever returns to Good Causes from sales revenue alone. Despite the negative impact on sales from the pandemic last Spring, swift interventions supported a speedy recovery which, in turn, allowed National Lottery Distributors to award more than £1 billion in funding to Good Cause projects across the UK, responding to the impact of COVID-19.

“This is the fourth consecutive year of rising sales since our strategic review in 2017. The National Lottery has delivered for the UK again this year, with the highest-ever returns for Good Causes from sales alone. A remarkable £1.2 billion has been distributed to help the country respond to the impact of coronavirus. Without this money, many organisations would have ceased to function.”

“This has been achieved by making the right strategic calls as a business alongside the support of players and the wider National Lottery family. I would like to thank government, the National Lottery Distributors, our retail partners and, most importantly, National Lottery players – without whom this remarkable success story would not have been possible.”

With unclaimed prizes factored in, £1,887.5 million was generated for Good Causes in 2020/21 – the equivalent of £36 million every week. Lottery Duty to government exceeded £1 billion for the first time, which contributed to a record £3.1 billion that was delivered to society through Good Causes returns, Lottery Duty, and retailer commission. With approximately 1% of sales retained as profit by Camelot under the terms of its licence, and 4% spent on operating costs during the period, The National Lottery continued to return around 95% of all sales revenue to winners and society – delivering for everyone.

“In what has been an extraordinarily challenging year, The National Lottery has demonstrated incredible resilience and flexibility to achieve this record performance. These results are a culmination of all of the work we’ve done over the last few years in the areas of brand, games, retail and digital. This, together with our years of experience and longstanding commitment to being a world leader in healthy play, have helped us ensure this vital boon for society when it’s been needed most. And it’s these strengths that mean that we will continue to deliver for the benefit of everyone.”

“I’m very grateful to our partners in retail who went to work each day to serve their communities, and to National Lottery Distributors who got funding out the door when it was essential. As ever, I’d particularly like to thank National Lottery players because more than 37 million people bought a ticket last year, and when they did they played their part in an extraordinary national effort.”

Positivity towards The National Lottery’s brand has been growing since 2017 and played a crucial role in the trading performance over the last 12 months. The commitment made in late March 2020 to provide emergency funding in response to COVID-19 further boosted awareness of the role The National Lottery plays in supporting Good Causes, which ultimately promotes mass participation. An initial commitment of £300 million by the Community Fund was upgraded in April to a pledge to distribute at least £600 million between all National Lottery Distributors. In December, the ‘Thanks a Billion’ campaign celebrated the role of Lottery players in raising vital funds for projects across the UK. Now at £1.2 billion, this amounts to the largest contribution made to the pandemic relief effort outside of government.

Additionally, The National Lottery worked directly with organisations affected by COVID-19 – resulting in commercial partnerships to deliver socially-distanced pantomime, support for National League football, backing the LTA’s Wheelchair World-Class Programme, and Women’s and Girls’ Rugby League. A comprehensive sponsorship deal with ITV – covering The Masked Singer, The Voice UK and Ant & Dec’s Saturday Night Takeaway – put The National Lottery at the heart of Saturday night entertainment for three of ITV’s biggest shows. As a result of all of this work, The National Lottery brand positivity scores are consistently at their highest levels on record. 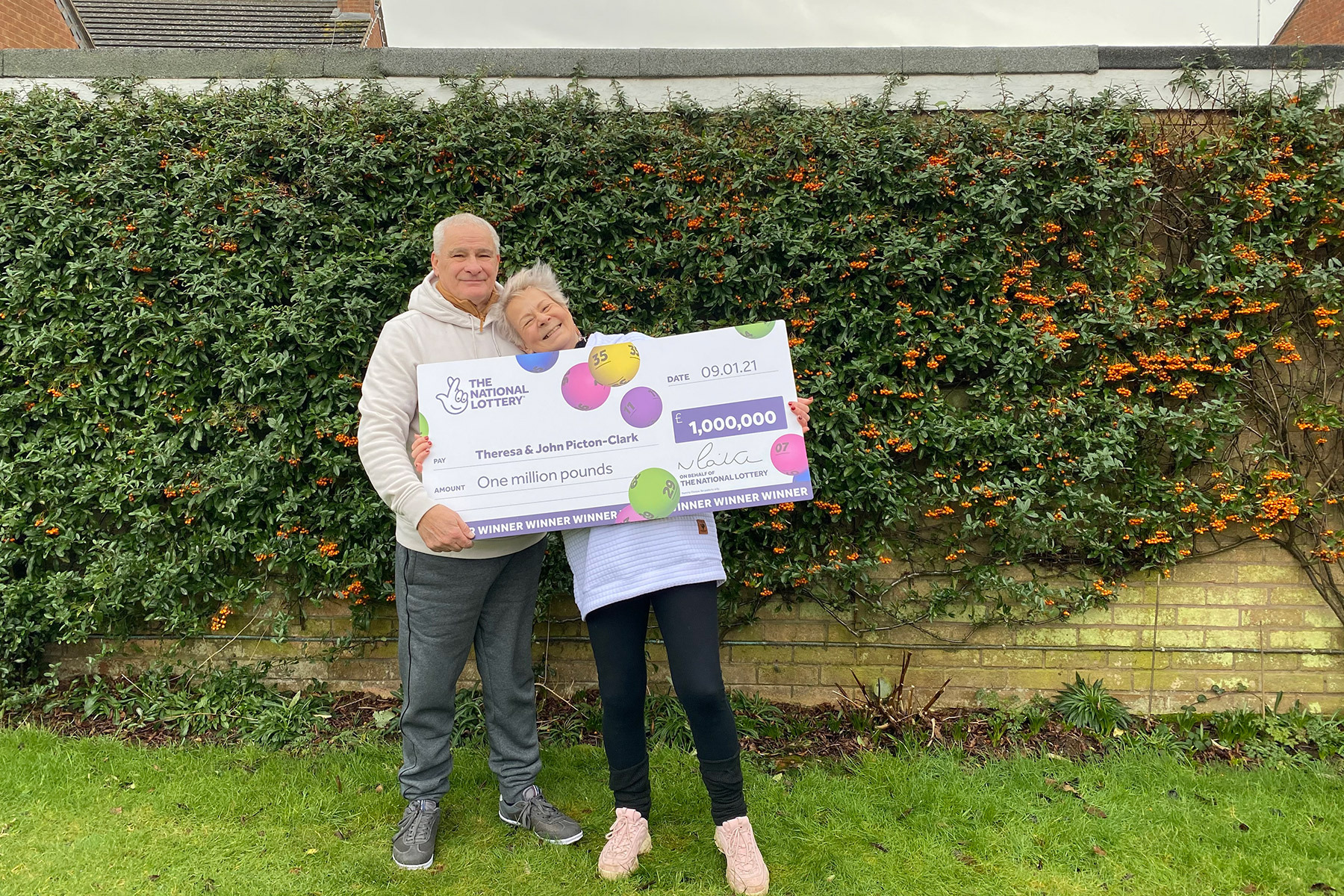 During the past year, Camelot had to adapt many of its working practices – including having winners like Theresa and John Picton-Clark, whoscooped £1m on Lotto in January 2021, photographed celebrating in their back gardens!

Camelot succeeded in growing sales of all six of its draw-based games to £4,690.7 million, an increase of £153.6 million. This was primarily driven by Lotto, with a new feature introduced in November that sees around a million players win an additional cash prize of £5 for matching two main numbers in a ‘Must Be Won’ Rolldown draw. This innovation has proved popular and has supported the growth of the flagship game while most others in international markets around the world are in decline. The newest draw game in the portfolio, Set For Life, continues to exceed expectations, while EuroMillions grew marginally despite depressed ticket sales in some partner countries. When international partner sales are lower, EuroMillions jackpots – which are the key drivers of sales – start lower and grow more slowly.

Meanwhile, sales of Instants grew to £3,683.2 million. Growth in the sales of online instant games offset a decline in scratchcard sales which were down year-on-year due to lower retail footfall, particularly in the first half. This growth was driven by digital player registrations, up 2.7 million in the year. Average digital weekly spend remained broadly flat, up less than 3% – with fewer than two online instant games played per person per week on average.

Lots of people playing a little, and winning 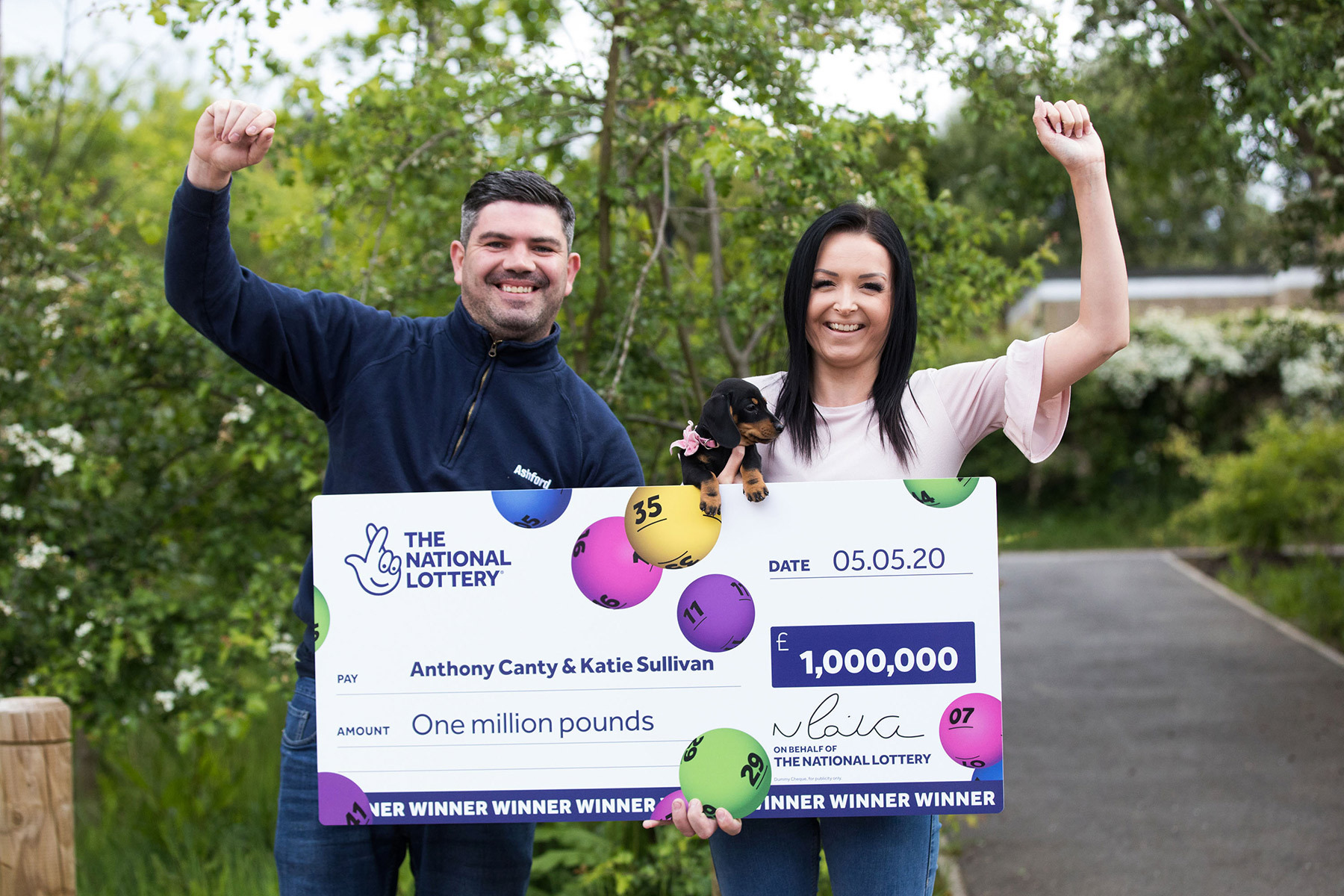 Anthony Canty and his partner Katie Sullivan from Maldon in Essex scooped £1m on EuroMillions in May 2020 - a month after Anthony helped save the life of a police officer who had a heart attack on a bus by giving him CPR.

Camelot awarded a record £4,854.7 million in prizes to players, £349.7 million more than in 2019/20, and created 389 new millionaires – more than one new millionaire every single day. Average weekly spend across all games and channels remained roughly in line with the last year, and Camelot continues to be a world leader in healthy play with its plan to get ‘lots of people to play a little’. Despite being the fifth largest lottery in the world by sales, the UK National Lottery is ranked just 60th in the world in terms of per capita spend.

Despite the widespread disruption to the retail sector caused by COVID-19, Camelot continued to support its 44,000 retail partners, more than 90% of which continued to trade through the lockdown periods. In-store sales were £4,864.4 million – down from £5,447.6 million in 2019/20. Having been down 18.9% at the half-year stage, retail sales recovered strongly in the second half. This resulted in a decline in retail sales of 10.7% for the year as a whole. Since the year-end, retail sales have now recovered to near pre-pandemic trading levels.

For the past four years, Camelot has been adapting The National Lottery’s retail footprint to reflect changes to the way people shop. It has new partnerships and national roll-outs with discounters, including Aldi and Iceland. It is also making it convenient to purchase a ticket in self-checkouts, as well as making it possible to buy tickets ‘in lane’ – meaning at the checkout tills – in retailers such as Asda and Tesco. Its rewards programme for independent retailers has also proved successful and retailer satisfaction scores are at their highest-ever level. Commission paid to retailers was £275.9 million – the equivalent of around £6,200 per store. This income is particularly important to independent and high street retailers who play a vital role as the face of The National Lottery for players in communities across the UK.

The National Lottery recorded its highest ever digital sales at £3,509.5 million – an increase of £1,052.0 million (+42.8%). Growth in the digital channel is no surprise – given the impact the pandemic had on retail footfall – and in March 2020, the Camelot Board approved an accelerated investment plan for the digital channel to ensure additional traffic could be accommodated. This ensured The National Lottery was able to serve a record number of players online when they chose to switch, or in some cases play for the first time. It also used its Contact Centre to help players not accustomed to using digital services, to register. The National Lottery is the largest digital lottery in the world by revenue.

Within digital, mobile sales grew by £876.4 million to an all-time high of £2,481.9 million, with the majority of these sales via The National Lottery’s apps. By significantly increasing resources on its technical support helpline, introducing ‘how to’ videos and making a number of user experience improvements, it is now easier for people who might traditionally play in retail to play online.

Despite the strength of the retail recovery post the period end, Camelot continues to see players using The National Lottery’s apps and many of them playing online. This reinforces its view that, with the right plan and approach, the channels are able to support – rather than cannibalise – one another. This allows the operator to provide a better and more personalised experience to players while making sure The National Lottery is always available, wherever they choose to play.

“My first priority last March was to look after the people who work for us and ensure our operations would be fit to manage whatever came our way. So I’m particularly proud that Camelot was recognised by Best Companies not just for being in the top 10 large employers in the UK, but with a special award for wellbeing. Throughout the pandemic, we looked after them, and they looked after the operations of The National Lottery and, for that, I’d like to say a huge thank you. We know that last year could have been very different and it reminds us we can take nothing for granted. In the year ahead, we’ve got plans to give players more reasons to play and more ways to enjoy the fantastic projects made possible by The National Lottery. For that reason, I’m more optimistic than ever.”

Total ticket sales and all related financial results figures for 2020/21 are subject to final audit. 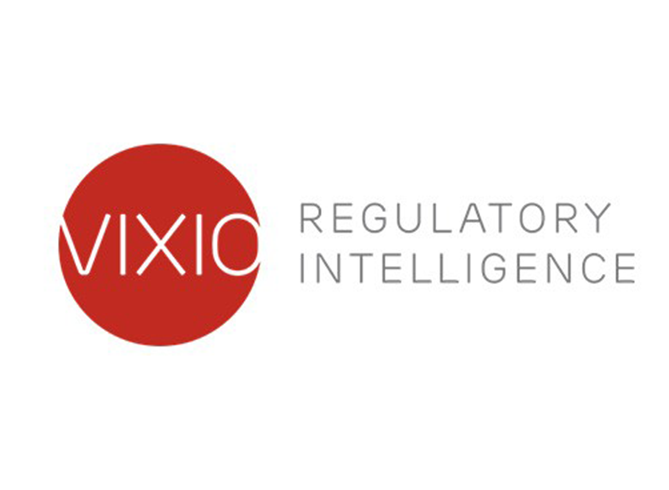 March 28, 2022: VIXIO GamblingCompliance is delighted to officially open the nomination period for the sixth annual Global Regulatory Awards. VIXIO is looking to build on the success of last year’s awards where we received a record number of nominations. We will be introducing new categories such as Regulatory Initiative of the Year and Responsible Approach to Advertising or Marketing, as well as enhancing some of our most popular awards, bringing the number of categories this year to 20. 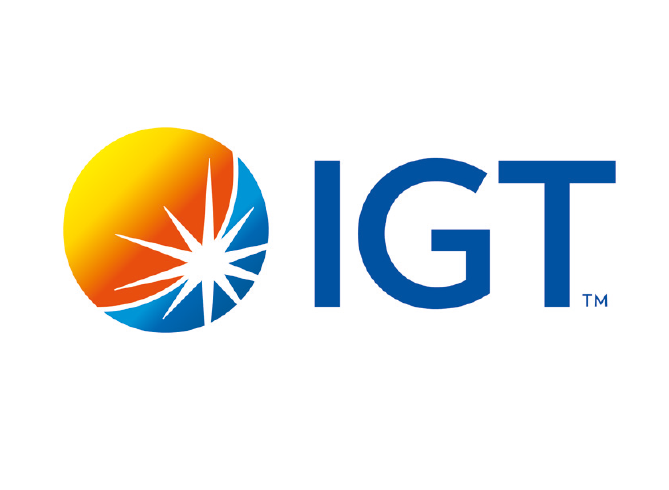