At the closing dinner of the 2018 WLA Convention and Trade Show, Christophe Blanchard-Dignac was presented with the Guy Simonis Lifetime Achievement Award, the WLA’s most prestigious award for individual achievement in the lottery industry. 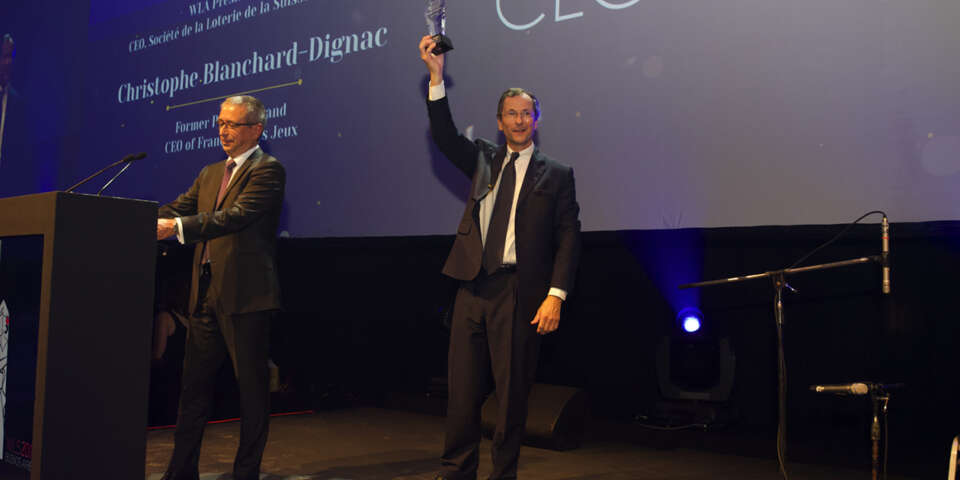 At the closing dinner of the 2018 WLA Convention and Trade Show, Christophe Blanchard-Dignac was presented with the Guy Simonis Lifetime Achievement Award, the WLA’s most prestigious award for individual achievement in the lottery industry.

Among the lottery sector's most prestigious accolades, the Guy Simonis Lifetime Achievement Award is bestowed by the WLA on select recipients in recognition of their unparalleled contributions to the lottery industry. Past winners include Dianne Thompson DBE, Dr. Edward Stanek, Lothar Lammars, as well as Guy Simonis himself. At WLS 2018, Christophe Blanchard-Dignac, former President and CEO of La Française des Jeux (FDJ), was the tenth individual to be so honored with this illustrious decoration.

As President and CEO of FDJ, Christophe Blanchard-Dignac was instrumental in organizing the launch of fixed-odds sports betting in France with the game Cote et Match in 2002. Under his mandate, in February 2004 FDJ together with the UK National Lottery and Spain's Loterias y Apuestas del Estado launched the transnational block game EuroMillions. Now among Europe's most popular lottery products, EuroMillions is currently offered across at least 12 European countries and regularly features jackpots in excess of EUR 100 million. A strong supporter of regulated gaming, he played a key role in the controlled opening of the regulated online gaming market in France, particularly in relation to sports betting. The Parions Sport range of games, launched in November 2009, enabled FDJ to triple its revenues in this sector from EUR 600 million in 2010 to EUR 1.7 billion in 2013. During his tenure as President and CEO, annual sales (turnover) at La Française des Jeux increased overall from USD 6.03 billion in calendar year 2000 to USD 14.82 billion in calendar year 2011, making the French national lottery one of the world’s half-dozen biggest lotteries by sales volume.

In addition to serving as President and CEO of FDJ, Christophe Blanchard-Dignac served as First Vice President of the European Lotteries Association from 2005 to 2012, and as a member of the WLA Executive Committee from 2000 to 2012. Among his other contributions, he is the author of several articles on the lottery sector, including « Concilier paris et intégrité du sport » ("Reconciling betting and the Integrity of Sport" ) and « La RSE, levier de création de valeur partagée » (CSR, a lever for creating shared value), both published in the revue Politique internationale (International Policy).

Beyond his tireless work for the lottery industry, Christophe Blanchard-Dignac has been a member of numerous boards of directors, including Air France, CNRS, EDF, France Télécom and SNCF, as well as the Atomic Energy Commission. He has also been a member of the Office of the Economic and Social Council. In December 2014, he was elected President of the Bordeaux University Foundation, a structure responsible for the patronage and development of the site of Bordeaux university, succeeding Jean-René Fourtou.

For his lifelong dedication to the public good in France, especially as expressed through his commitment to the lottery and sports betting industries, Christophe Blanchard-Dignac is a most worthy winner of the 2018 Guy Simonis Lifetime Achievement Award.

Blog | 29. Jan 2021
ONCE: The impact of advertising in relation to gambling 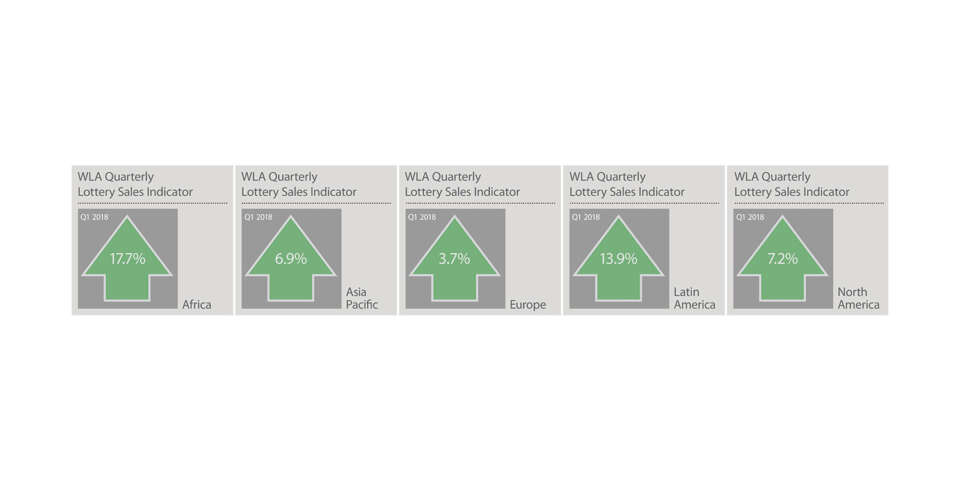 Global lottery sales increased a healthy 5.7% during the first quarter of 2018, with Africa celebrating thanks to outstanding growth in South Africa and Morocco.