Blockchain and cryptocurrencies in lotteries and gaming

Blockchain and cryptocurrencies have received much attention over recent years, and their evolution is a lesson in the application of technology for good and ill. Blockchains have found legitimate utility in supply chain, financial clearing and settlement, and manufacturing while also being used to set up applications offering illicit gambling or trading activities. Cryptocurrencies, the first use case of blockchains, have gained increasing prominence as an asset class, including institutional adoption. In contrast, their unregulated status and use in underground online operations mean they continue to pose issues for law enforcement agencies around the globe. 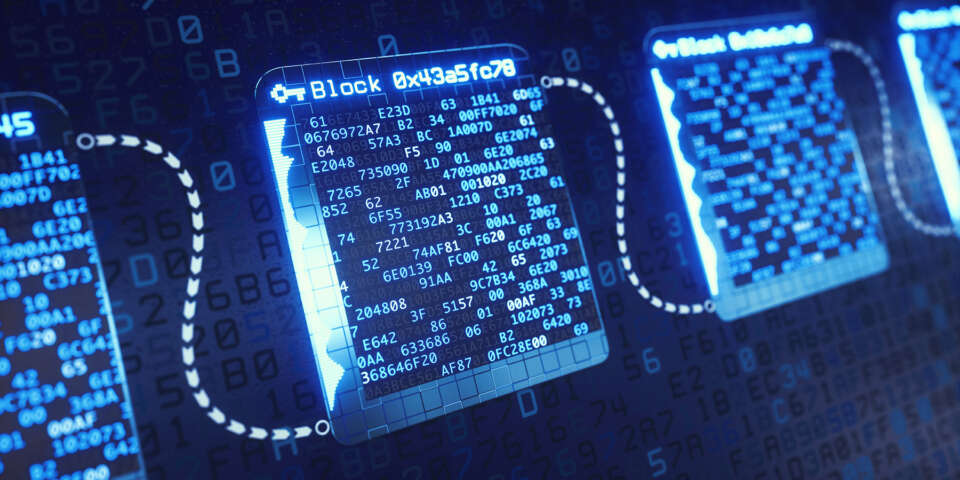 For the lottery sector, blockchain throws up many opportunities and many challenges. Here, we’ll look at the features of blockchain technology and how it can be used by lottery operators, including some examples. We’ll also examine some of the issues resulting from illegal gaming and gambling operations on blockchain and making use of cryptocurrencies.

What is a Blockchain?

At its simplest, a blockchain is a ledger of information about transactions. However, its value is best explained with reference to two terms commonly used in blockchain parlance: the double-spend problem and distributed ledgers.

The double-spend problem refers to an issue that faced researchers who had spent many years attempting to invent a kind of digital cash. The challenge is that a unit of digital currency is simply a file, like a Word or pdf document. It can be copied and distributed very easily – not a feature that lends itself well to a monetary system. So researchers had to find a way to secure digital scarcity.

When Bitcoin launched in 2009, it was the first time anyone had solved this problem. Bitcoin uses a single ledger to maintain records of every transaction relating to every bitcoin in history. When Alice sends Bob one bitcoin, the Bitcoin blockchain updates both of their accounts to reflect the new balance in the ledger.

In Bitcoin, a global group of miners, or nodes, maintain the state of the ledger, and so it’s referred to as distributed. Every miner holds exactly the same copy of the ledger with exactly the same data. Miners are incentivized with rewards in Bitcoin to keep the ledger accurate and up to date. They add groups of transactions in blocks, and each block is tied to its predecessor using a cryptographic algorithm.

The algorithm is implemented in such a way that if someone attempts to change a block at some point in history, the change would be visible across all subsequent blocks through mathematical results that would no longer match. That person would also have to control a majority of the nodes in order to “trick them all” into processing the incorrect information, which would inevitably be noticed by the rest of the participants, hopefully resulting in them collaborating to prevent the attack and protect their economic interests in the network.

Features of a Blockchain

As a result of this type of engineering design, blockchains often have several key properties:

It’s worth mentioning that there are implementations of distributed ledgers that may be private or permissioned – primarily due to privacy and control concerns. These are generally operated by industry consortia and don’t necessarily fit all of the conditions listed above.

Finally, smart contracts are a feature that emerged in 2015 when the Ethereum blockchain was launched. Smart contracts took blockchains from being a mere ledger of digital currency movements to a platform capable of handling complex transactions and computations. A smart contract is an autonomous program that executes based on “if-this-then-that” logic.

At its simplest, a smart contract can level up Bitcoin’s functionality to allow custom logic operations to execute such as someone to automatically receive TokenB when they send TokenA to a particular address or to receive some form of interest/loans on the tokens they “lock up” into a contract. However, smart contracts can be programmed for a broad array of more traditional or complex applications and use cases, which we will now explore in the context of lotteries and gaming.

Blockchain in lotteries – potential use cases

Blockchain’s properties offer several opportunities within the lottery sector. Most notably, the fact that blockchain data is stored publicly and in a way that cannot be manipulated or falsified offers significant potential to improve trust between users and operators. Furthermore, if such transparency becomes the standard among lottery and gaming operators, it could help to reduce or eliminate opportunities for fraudulent actors to enter the industry.

Ticket sales recorded on a blockchain could also help to prevent ticket fraud. If a user can’t see their ticket entered into the system, they know it’s not a legitimate purchase. Similarly, it could reduce incidences of fraudulent claims for operators, who would be able to reference a verifiable record of ticket sale transactions traceable back to each vendor. In turn, a vendor would have signed the sale transaction using their secret key.

Transparency in lottery financing is also an area where blockchain could offer opportunities. While blockchain transaction data on public platforms such as Ethereum is openly available to everyone, advances in cryptography mean that it’s becoming easier for enterprises to find a more optimal balance between transparency and privacy.

Depending on the platform, it would be feasible, for example, to publish aggregated or high-level financial information similar to an annual report or to report the charities in which funds were distributed, but without necessarily disclosing transactional data to the public. However, transactions are still verified by a decentralized blockchain network; therefore, the basis of the published data can still be trusted.

Much of the above is purely speculative. However, there’s also the fact that blockchains were invented to handle transactions of value among a global online user base – a fact that is already being exploited by operators of blockchain-based lottery platforms and games. Furthermore, blockchain developers have also found ways to overcome shortcomings that previously existed in the technology, such as the challenge of generating random numbers.

In a blockchain system, everything must be verifiable by the network's nodes, from the timestamp of the block to the nature of the transactions. This presents a problem for data that needs to be collected from outside the blockchain, which includes random numbers. If a random number enters the system, how can the nodes verify its randomness?

Blockchain-based solutions now exist where independent validation/data, or “oracle” nodes will individually attest to the randomness of a number and receive reputation scorings for the accuracy of their attestation. In this way, based on the reputation of a large enough group of nodes, a blockchain network can generate a verifiable random number that can be used in other blockchains.

So all the technology already exists. In principle, anyone can create a globally accessible, fully automated lottery game that runs without human intervention on a censorship-resistant blockchain platform where users can pay and win instantly with digital currencies. Therefore, it should hardly be a surprise that people are actually doing it.

There are now hundreds, if not thousands, of applications running on various blockchain platforms that could fall under the banner of lotteries or lottery-type games. However, in reality, there are only a few worthy of individual scrutiny.

PoolTogether is perhaps the one blockchain lottery application that best fits the description above in that it’s entirely automated and runs on cryptocurrency.

PoolTogether falls under the banner of a growing segment of blockchain applications known as decentralized finance, or DeFi. DeFi makes use of smart contracts to automate financial markets. For example, users can trade tokens in a decentralized exchange or deposit their cryptocurrencies into lending pools and earn interest on them.

PoolTogether uses the latter feature to operate a no-loss lottery where users deposit their cryptocurrencies into PoolTogether’s smart contracts, which sends the accumulated funds into a lending application to earn interest for one week.

At the end of the week, a random number generator selects the winners who receive the interest payments as prizes. Everyone gets their initial stake back, which is automatically entered into the next week's draw unless a player opts to withdraw it. The protocol is currently handling around USD 175 million in weekly deposits and paying out around USD 100,000 in prizes.

Many DeFi protocols, PoolTogether included, aren’t operated by any centralized company or individuals.

Once the relevant smart contracts and user interfaces are up and running, the project developers effectively decentralize the management of the application through a token sale. Token holders then vote on matters regarding the protocol and its development, with their voting rights programmed into the token. However, token holders don’t make any profit from the protocol itself, which is run as a self-funding operation.

In this way, PoolTogether manages to avoid having a head office, or a registered entity. It’s possible a regulator could have the user interface taken down by working with parties such as domain name registrars, but the smart contracts would continue to live on the blockchain, and anyone could set up another user interface hosted in another country.

Taking the idea of a decentralized lottery a step further, Lotto Nation is another project that aims to allow anyone to set up a decentralized lottery themselves. Unlike PoolTogether, Lotto Nation is a company backed by Nordic software provider Winners Group, so it has a strong pedigree in the lotto industry. The company has effectively created a set of smart contracts on the Ethereum blockchain, which can implement a blockchain lottery out of the box and has white-labelled them for anyone to use.

A final example is Quanta, which launched a blockchain lottery project in 2015 and gained an OGRA gambling license from the Isle of Man Gambling Supervising Commission in 2017. As such, it claims to be the first fully compliant blockchain lottery in the world. Another white-label platform, Quanta sells itself on the trust and transparency characteristics of blockchain.

As a technology, blockchain itself is agnostic regarding its utility, much like the Internet. In the context of lotteries and gaming, it offers some opportunities to solve legacy challenges and code legal requirements into smart contracts. However, the globally accessible and unregulated nature of blockchain and cryptocurrencies also throws up some challenges and issues for legitimate lottery operators.

In the next piece, we will examine the implications of cryptocurrencies and blockchain in illegal gaming operations and what can be done to fight these issues.

As the coronavirus pandemic has swept the world, the health and economic impact on local communities has been far-reaching. Across the board, WLA member lotteries have stepped up in support of their communities, going above and beyond their usual charitable endeavors to help alleviate the effects of this unprecedented crisis. Below we provide a selection of some of the many lotteries making a difference in the fight against COVID-19. 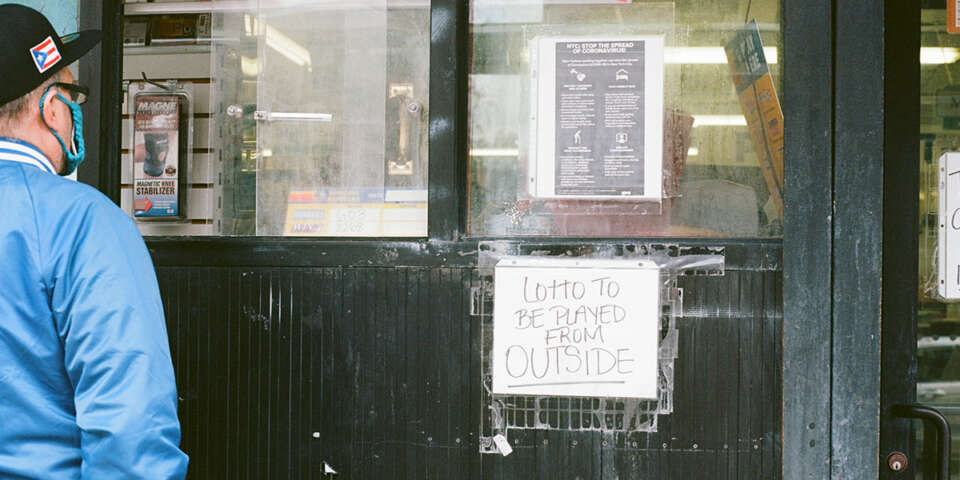 Like the global financial crisis of 2008, or the 9/11 terror attacks, the coronavirus pandemic has proved to be an earth-shaking event. The full magnitude of its consequences will likely be felt for years to come. Now, emerging from the pandemic lockdown, we are faced with many uncertainties. True to its nature, the world lottery community is collectively working to seek clarity in the wake of the crisis.