During GLMS' regular General Assembly Meeting of its membership, this year exceptionnally held online due to the ongoing pandemic, the Executive Committee of GLMS for the period 2021-2023 was elected.

According to GLMS Statutes, the Executive Committee forms one of the four governing bodies of GLMS, together with the General Secretariat, headquartered in Lausanne, the General Meeting (membership) and the Auditors. The Executive Committee is made up of 8 members, including a Chair, acting as President, and a Vice Chair. Committee Members have to each represent a different country lottery.

Ludovico Calvi (Board member, Lottomatica, Italy) has been re-appointed President of the Association for his 3rd mandate. Gilles Maillet, (Sport Integrity Director, La Française des Jeux, France) has been appointed as Vice-Chair for his 1st mandate, replacing Rupert Bolingbroke (Hong Kong Jockey Club), who did not stand for election this time.

While 4 members are elected directly by the GLMS Membership, 4 are nominated by GLMS' collective co-founding members, World Lottery Association and European Lotteries, each of whom present 2 nominees for validation by the Membership base.

The nominees of WLA and EL were also validated: 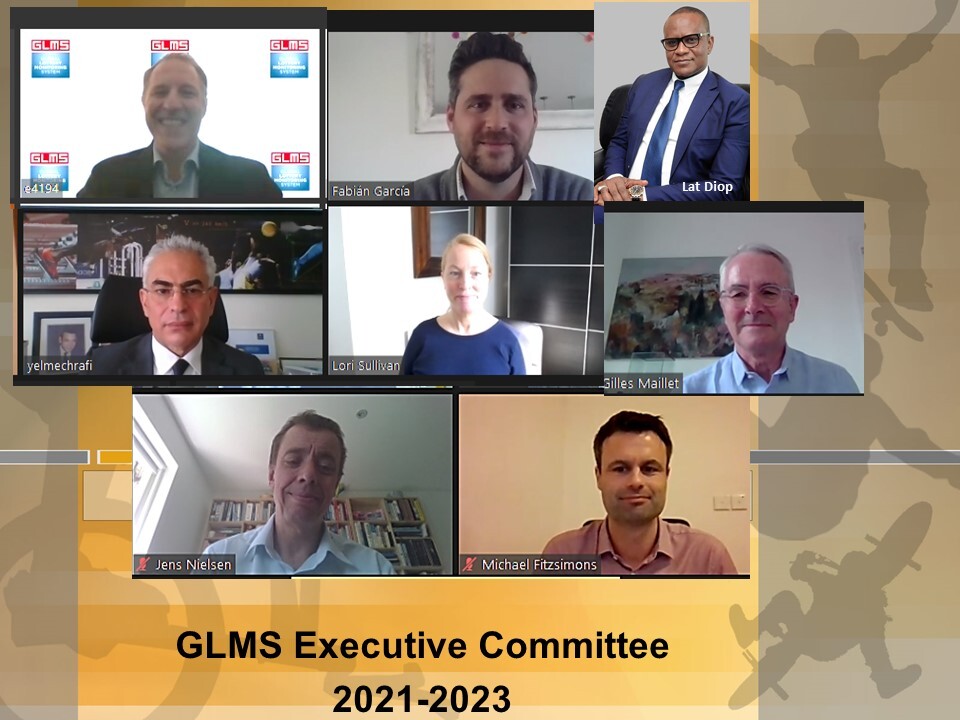 Ludovico Calvi takes the reins for a third mandate in an exciting period for GLMS in full growth and shared, “I am delighted and privileged to have been appointed President of GLMS for a 3rd consecutive term. I would like to thank all members of GLMS for the renewed trust.

During the last 2 terms, as President of the Executive Committee, we have been able to:

We have set very solid foundations to drive the success of our Association in the titanic fight against Match Fixing and to protect Sports Integrity worldwide.

I am honored to have been re-elected since this would allow me to carry on the mission of growing GLMS network worldwide and disseminating its core values while guaranteeing continuity and strengthening the association.

I am fully convinced that GLMS represents a tremendous vehicle not only for our Association and its members but also for all other key interested stakeholders, our communities, and our society as a whole”.

GLMS thanks warmly the outgoing Executive Committee 2019-2021 for its commitment.

GLMS is a non-profit member association, made up of its members. The General Assembly Meeting membership, made up of 33 lotteries offering sports betting, 1 regulating lottery, 4 gaming supplier members, 1 sport associate member and one gaming operator fully owned by lotteries offering sports betting, also addressed and voted on various other topics related to budgeting, validation of new members and discharge of the Executive Committee and General Secretary for the period 2019-2021.

To read more on the Executive Committee powers and method of functioning of GLMS, please click here.

Lausanne, June 23, 2020 – The President of the Global Lottery Monitoring System (GLMS), Ludovico Calvi, is pleased to announce the official opening of the new GLMS Operational Hub at the Loto-Québec premises in Montreal, Canada.

Lausanne/Basel/Brussels, September 2, 2019 – The Global Lottery Monitoring System (GLMS), the World Lottery Association (WLA) and The European Lotteries Association (EL) urge more countries around the world to sign and ratify the Council of Europe Convention on Sports Competition Manipulations (Macolin Convention) as soon as possible. As a vital step in the fight against corruption in sport, now is the time for global action. The global lottery community welcomes the entry into force of this ground-breaking Convention on September 1, 2019.