Women in lottery leadership: The WILL to succeed 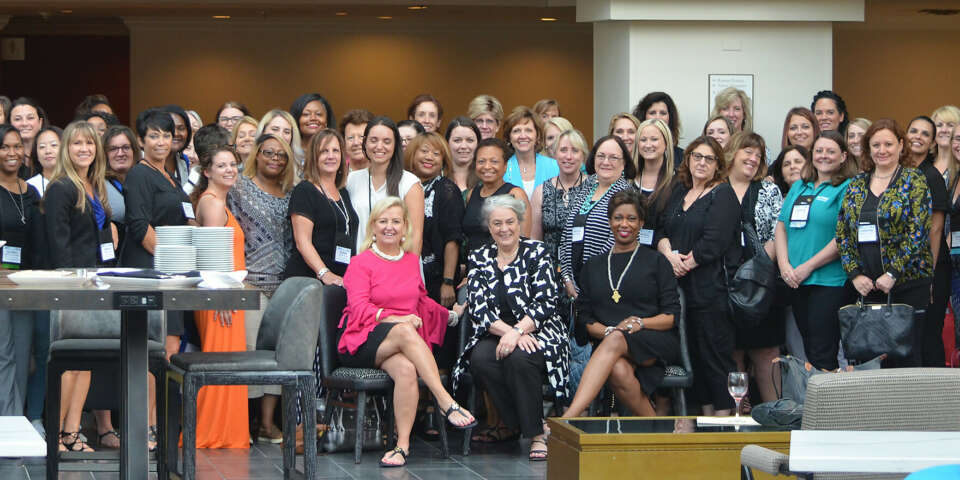 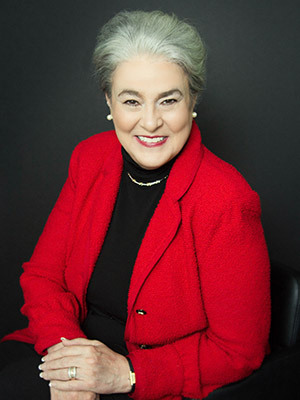 The program was founded by WLA President and Tennessee Education Lottery Corporation President and CEO Rebecca Hargrove, as part of her lifelong commitment to nurturing new and unrecognized talent in the lottery industry. Its stated mission is to drive high-performance business growth by promoting the advancement of women into top lottery management positions. Rebecca, a 34-year lottery-industry veteran, has served as the chief executive of four U.S. lotteries: the Illinois Lottery; the Florida Lottery; the Georgia Lottery; and, since September 2003, the Tennessee Education Lottery Corporation.

In addition to serving on the WLA Executive Committee for the past six years, she has served as President and/or Chair of all offices of the North American Association of State and Provincial Lotteries (NASPL), the U.S. Multi-State Lottery Association (MUSL), and President of AILE (International Association of State Lotteries). As such, she is well-versed in the issues and challenges that professional women face. Rebecca remains one of the most respected, experienced, and admired leaders in the lottery industry today.

Speaking on the WILL program at the 2018 NASPL Professional Development Seminar in Orlando, Florida, Rebecca spoke of a tour of the English Parliament that she was fortunate enough to make. While on the tour, she noticed the following quote from Mary Wollstonecraft, the 18th century English writer, philosopher, and advocate of women’s rights: “I do not wish women to have power over men, but to have power over themselves.” According to Rebecca, this dictum expresses the essence of WILL.

At a WILL kick-off meeting at the 2017 EL Convention in Krakow, Poland, Rebecca stated, “It is my goal for WILL to be an instrument of personal growth and development for women in our industry – to help them be the very best they can be. It is important that we unlock the brain trust and full capabilities of all, including women. It is vital that we clear a path for women in our industry, so that their contributions can be recognized and rewarded. This is the best strategy that I know to drive the lottery sector to be the most exciting success story of the future.”

When looking at the 149 lottery members of the WLA, there are a very small number of female CEOs and even fewer on the associate member side. (Associate members are suppliers to the lottery industry.) The WILL leadership is therefore timely in its effort to achieve gender parity in the lottery sector, as there is still much work to be done.

Across all business sectors globally, women continue to make up less than 40 percent of the global labor force, and only 25 percent of management positions globally – while at the same time they are responsible for 75 percent of unpaid care work, according to the global management consulting firm, McKinsey and Company. For more than a decade McKinsey and Company has researched and reported on issues of gender diversity and has provided a fact base to support efforts by companies, governments, and social sector organizations to advance the cause of women in the workplace.

In their 2017 report, "Women Matter – Time to accelerate", McKinsey establishes that although women make up half the world’s population, they only contribute about 37 percent to the global GDP. McKinsey estimates that USD 12 trillion could be added to annual global GDP by 2025 if the gender gap is narrowed. This is about equivalent to the GDP of Japan, Germany, and the UK combined. According to McKinsey, the number of organizations that are taking the issue of gender seriously is increasing. These organizations have come to recognize that the pursuit of gender equality is both a moral and an economic imperative for success in the twenty-first century. The WILL initiative is proud to be part of this growing effort. It reflects the sincere desire of the world lottery community to achieve gender parity in the lottery sector globally.

The objective of the WILL mission is achieved primarily through mentorship. The purpose of the program is to establish mentoring relationships that provide women with the opportunity to realize both professional and personal development, as well as enable the lottery industry to strengthen women in leadership capabilities.

The mentor program was launched in July 2017 in Nashville, Tennessee, following the NASPL Professional Development Seminar. Professional men and women signed up to be mentors at that time. Mentors can be male or female – what matters most is that they care about having the brightest and best people working in the lottery industry. The initial web-based training session for these mentors was held on April 24 and May 1, 2018. The first mentors included such high-level lottery executives as Jim Kennedy, Chief Executive of the Lottery Group and Executive Vice President at Scientific Games, and Jennifer Westbury, Executive Vice President of Sales and Marketing at Pollard Banknote.

After the initial mentor training, the mentors were paired with their prospective protégés, or mentees. The mentor-mentee pairs were selected by Rebecca Hargrove, Chair of the WILL Board, along with Wanda Wilson, Chair of the WILL Curriculum Committee. Matches were sought that would bring people together who paired well owing to their skill sets and their personalities. The first actual mentoring programs began in June 2018. By the end of July 2018, 15 mentor pairs had been selected. The timeframe for each mentoring program is nine months.

In an effort to push the WILL agenda globally, Rebecca Hargrove teamed up with Stéphane Pallez, President and CEO of FDJ, France early on. As a seasoned professional woman, it was natural that Stéphane Pallez would join the WILL effort and carry the torch in Europe. 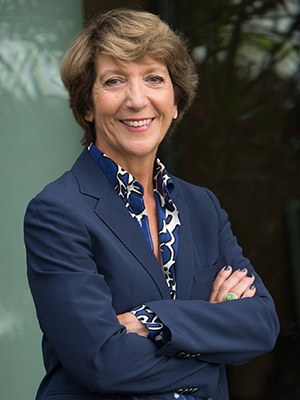 After graduating from the Institut d'Etudes Politiques de Paris and ENA, she began her career in 1984 at the French Treasury Department, where she held various positions until 2004. From 1988 until 1990 she served as Deputy Director on the board of the World Bank in Washington; from 1991 until 1993, she was an adviser on industrial matters to the French Minister of the Economy and Finance; from 1995 until 1998 she was responsible for the Insurance Division of France’s Treasury Department; between 1998 and 2000, she was in charge of a portfolio of public shareholdings; and from 2000 until 2004 she was Head of European and International Affairs at the Treasury Department.

In 2004, Stéphane joined France Télécom/Orange as Deputy CFO and in July 2011 she became President and CEO of Caisse Centrale de Réassurance. At the same time, she held mandates as Board Member at some of France’s leading companies, including CNP Assurances, GDF Suez (now ENGIE), and Eurazeo. In 2014, Stéphane was appointed President and CEO of FDJ and in 2015 she became a member of the WLA Executive Committee. She also serves on the executive committee of the European Lottery Associations (EL) as first Vice President.

Throughout her professional career, Stéphane has worked to overcome bias and help organizations to become more diversified. She believes that diversity fits naturally with the values of the lottery sector and that it is an important factor in driving innovation. Together, Stéphane and Rebecca decided to institute WILL networking events in conjunction with lottery seminars and conventions around the globe. The first major WILL networking event was held at the EL Congress in Krakow, Poland in June 2017.Through Stéphane’s impetus, the EL got behind the WILL initiative and began structuring an action plan. The EL executive committee set a budget aside for WILL events and the development of their own mentoring program.

WILL is governed by a Board of Directors comprising lottery CEOs and high-level lottery executives from around the world. The Board is the main decision-making body for WILL worldwide. The leadership of WILL is dedicated to strategic initiatives for modernizing and sustaining the global lottery sector.

The members of the WILL board are as follows:

The WILL program was launched in partnership with Paul and Susan Jason of the Public Gaming Research Institute (PGRI), and has since been administered by them. Along with the regional lottery associations and the WLA, PGRI has organized events and promoted WILL in the media. As the program expands globally, the individual regional associations involved in the project, such as the EL, will assume the administration in their respective regions.

WILL has held a number of events that are boosting the community and creating opportunities to enhance the Initiative. Since being founded in 2016, around 15 WILL events and meetings have been held across the globe with a total attendance of more than 1,000 participants. The next WILL Educational Seminar is planned for October 30, 2019 in New York City, and is to be held in conjunction with the PGRI Lottery Expo. Further WILL events for 2020 are in the making. For all the latest on the WILL program and events, please refer to the official will website at www.womeninlotteryleadership.com.

The preceding report is part of a larger feature article on the WILL initiative that will appear in the next issue of the WLA magazine. 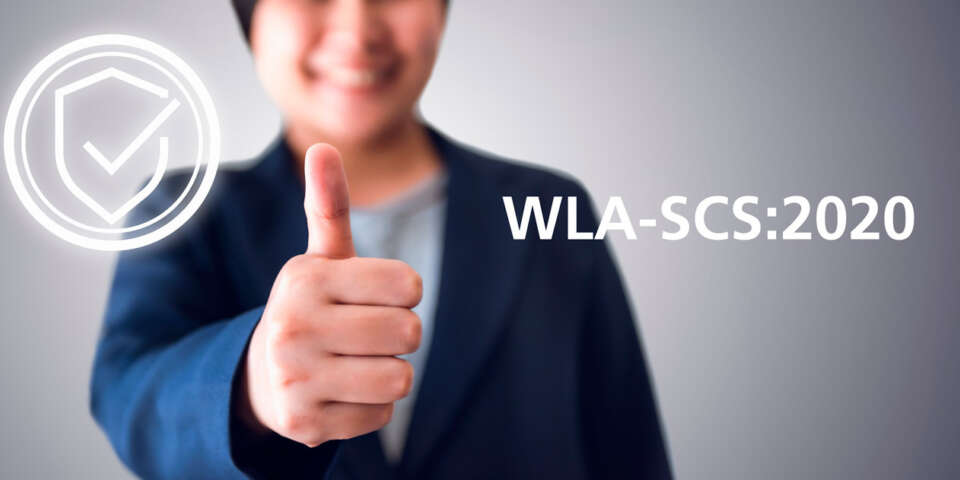 This week the WLA Security and Risk Management Committee (SRMC) has been working to finalize the 2020 version of the WLA Security Control Standard (WLA-SCS:2020), which is soon to be launched, pending approval by the delegates of the WLA General Meeting in October. The new standard will help WLA members give assurance to all their stakeholders that security is, and remains, one of their highest priorities. Alongside the work we have done on the standard, I thought it would be useful to write a series of blog posts explaining some of the new controls and their significance, and offer some considerations in their implementation. The blog posts will appear in the coming days under the subheading, “Introducing the WLA Security Control Standard 2020”. 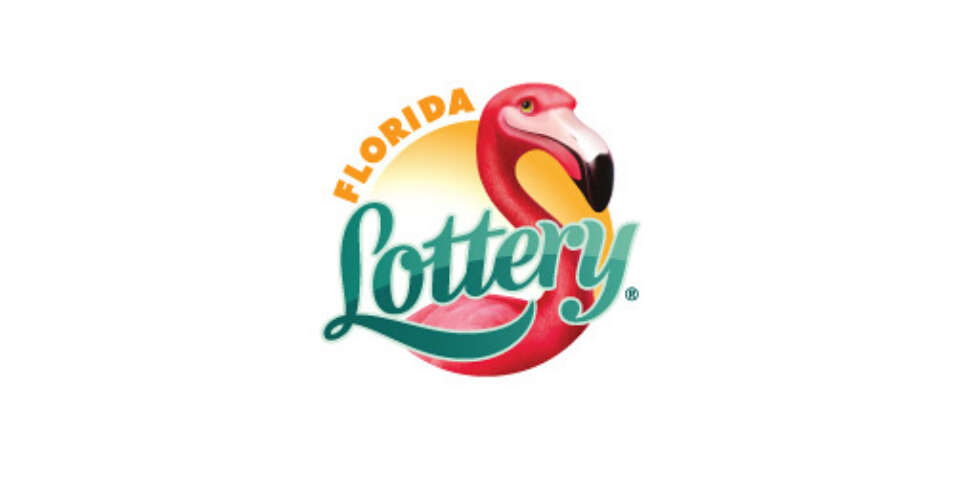 A new online Player’s Guide is a fun way to provide information so consumers can make thoughtful decisions about playing, and winning, the Lottery responsibly.