The World Lottery Summit 2018: A resounding success in Buenos Aires 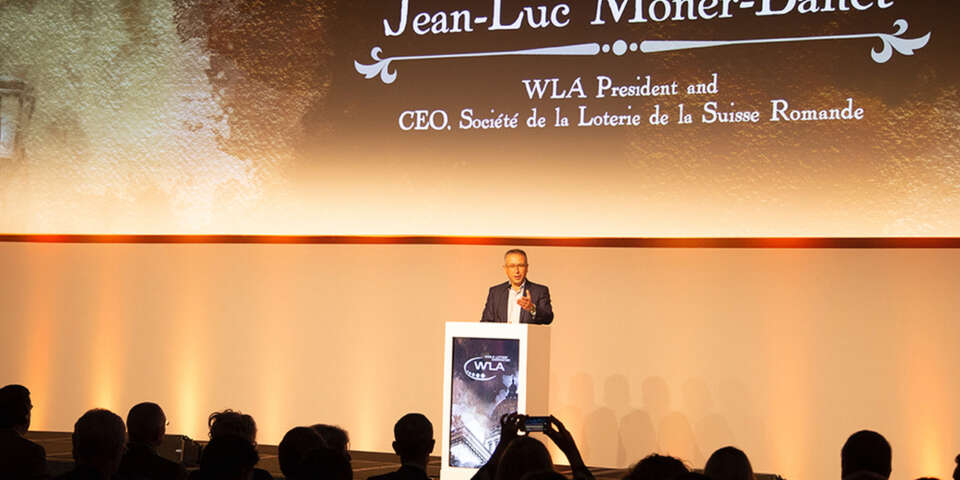 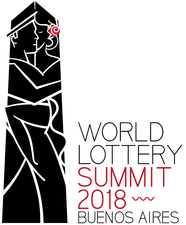 Outgoing WLA President Jean-Luc Moner-Banet opened the summit by underlining the special significance of Latin America to WLS 2018. He spoke of the long history of the lottery sector on the continent and lauded the strong commitment of the Latin American lotteries to the WLA mission. Addressing the delegates, outgoing ALEA President Alfredo Monaco spoke his appreciation to the WLA for holding the summit in Buenos Aires and thanked WLA President Jean-Luc Moner-Banet and the WLA staff for their cooperation and support over the past two years.

An exceptional business program was highlighted by the opening keynote address of Nando Parrado. Nando recounted the extraordinary tale of how he and 15 of his teammates survived for 72 brutal days after their plane crashed into the frozen Andes Mountains more than 40 years ago. The ordeal taught Nando the value of team work and perseverance, and showed him the true strength of his will to survive. The severity of the experience determined the course of his later life, causing him to view all future decisions in terms of life and death. This allowed Nando to achieve a high level of personal excellence and taught him to value the simple pleasures of life, putting his love for family and friends above all else.

Also topping the business program bill was Jeff Fromm, author and President of FutureCast, a marketing consultancy that specializes in millennial trends. As Jeff pointed out, the wave of Millennials is beginning to crest, and the next wave, Gen Z, is rapidly gaining momentum. In contrast to Millennials, Gen Z is more conservative in their behavior. Gen Z is also more risk averse and less trusting than the Millennials and, for Gen Z, actions speak louder than words. It behooves us to take heed of this upcoming generation, and to consider them in our marketing strategies going forward.

Other notable keynotes included world-renowned game designer, Jane McGonigal, and founder of the Blockchain Research Institute, Don Tapscott. Having made her first World Lottery Summit appearance in 2014, Jane continued to make her case for the psychological and sociological benefits of gaming. In Don Tapscott's enlightening keynote, he spoke on how the digital age is entering a second era in which machine learning and artificial intelligence are starting to do things they haven't been programmed to do, how technology is progressing more quickly than we realize, and how blockchain technology is driving this progression. He also provided a comprehensive summary on blockchain use in the gaming industry and what may lie ahead in this regard for the lottery sector.

The business program was complemented by eight individual parallel sessions providing insights into such industry-relevant topics as sports petting, and what the lottery sector can do to combat the rising threat of unauthorized lottery services. Two parallel sessions stood out at this year’s convention. The first was devoted to the new Jean Jorgensen Merit Award for Innovation. The award was conferred on four international lottery professionals for the development of innovative solutions that address the needs of their organizations. The other parallel session was devoted to proposed amendments to the WLA Bylaws and the reasons behind the changes. The changes to the Bylaws were unanimously approved at the WLA General Meeting. (See below.) 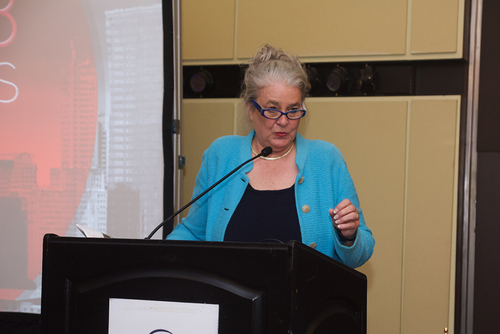 The biennial WLA General Meeting took place on the afternoon of Wednesday, 21 November 2018 with representatives of the WLA’s 149 lottery members in attendance. During the general meeting, a new WLA President was elected and a new Executive Committee was formed. Rebecca Paul Hargrove, President and CEO of the Tennessee Education Lottery Corporation, was unanimously elected President of the WLA. She succeeds outgoing WLA President Jean-Luc Moner-Banet, Director General of Switzerland’s Société de la Loterie de la Suisse Romande, who served as WLA President for an unprecedented six years.

The election of the first woman to the position of president of the WLA was a landmark occasion both for the Association and the global lottery community. Ms. Hargrove is a 33-year lottery industry veteran and has served as the Chief Executive of four U.S. lotteries: Illinois Lottery, Florida Lottery, Georgia Lottery and, since September 2003, the Tennessee Education Lottery Corporation. Her resume includes a long list of lottery industry, business, and civic accomplishments and honors. In particular, she has served as Senior Vice President of the World Lottery Association (September 2012-November 2018), and is a Past President of the North American Association of State and Provincial Lotteries (NASPL), the Multi-State Lottery Association (MUSL), and of AILE (the International Association of State Lotteries). She remains one of the most respected, experienced, and admired leaders in the lottery industry.

At the General Meeting, delegates also unanimously elected the following people to serve as members on the WLA Executive Committee:

The following people have been appointed by the regional associations to serve as representatives on the WLA Executive Committee:

The appointment of an EL representative to the WLA Executive Committee is pending.

In an effort to secure the future of the lottery sector, the Executive Committee also announced the creation of two new committees – the Sports Betting Integrity Committee, to be chaired by Jean-Luc Moner-Banet, CEO of Loterie Romande, Switzerland; and the committee on Illegal Gaming to be chaired by Andreas Kötter, CEO of Westdeutsche Lotterie GmbH & Co. OHG. They also announced a restructuring and strengthening of the WLA Security and Risk Management Committee; going forward this committee will be chaired by Dato Lawrence Lim Swee Lin, CEO of Magnum Corporation, Malaysia.

Changes to the WLA Bylaws

The delegates to the General Meeting also unanimously approved proposed changes to the WLA Bylaws. The changes revamp the WLA membership structure in response to the continual and rapid evolution of the lottery industry, broadening the scope of the Association’s membership criteria, making it more inclusive and transparent. They are also designed to strengthen the membership criteria, in order to protect the lottery sector from the onslaught of illegal and unauthorized gaming operators that are depriving our communities of the funds that we work hard to raise in support of good causes. 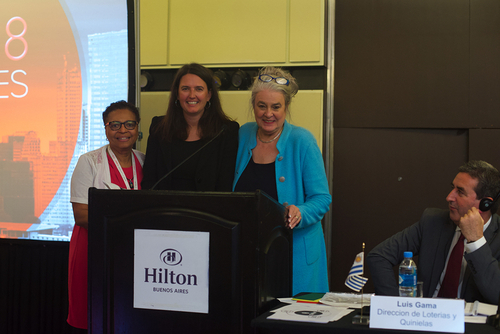 The winner of the Grand Global Advertising Award was also announced at the closing dinner with OPAP taking the prize for their winning entry, Mr. OPAP; this entry also took first prize under the award category Best Corporate Advertising at a special session earlier in the day. The Grand Global Gaming Award pitted the winners of the three WLA Advertising Award Categories against each other to compete for the top prize. The three award categories and their winners were as follows:

During the closing dinner, it was announced that the next World Lottery Summit, WLS 2020, will be held in Vancouver, Canada, and will be hosted by the British Columbia Lottery Corporation (BCLC). Chief Executive Officer of BCLC, Jim Lightbody, extended a welcoming invitation to WLS 2018 delegates. Once again, the WLA will be teaming up with NASPL in organizing this mega event. Vancouver, with its mountain backdrop and urban beaches, has rightly earned the reputation of being one of the most beautiful cities in the world. As such, WLS 2020 is destined to be an event to remember.

The closing celebration was the pinnacle of WLS 2018, culminating four days of learning, networking, and festivity. We wish to thank ALEA for their collaboration on the organization of this event and for graciously hosting us in Buenos Aires. We look forward to greeting you again in Vancouver, Canada, for the World Lottery Summit 2020.

We are presently working to get a recap of WLS 2018 on the WLA website. In the coming days, video of the keynote addresses, audio of the parallel sessions, and selected PowerPoint presentations and photos, will be available in the member section of the WLA website. 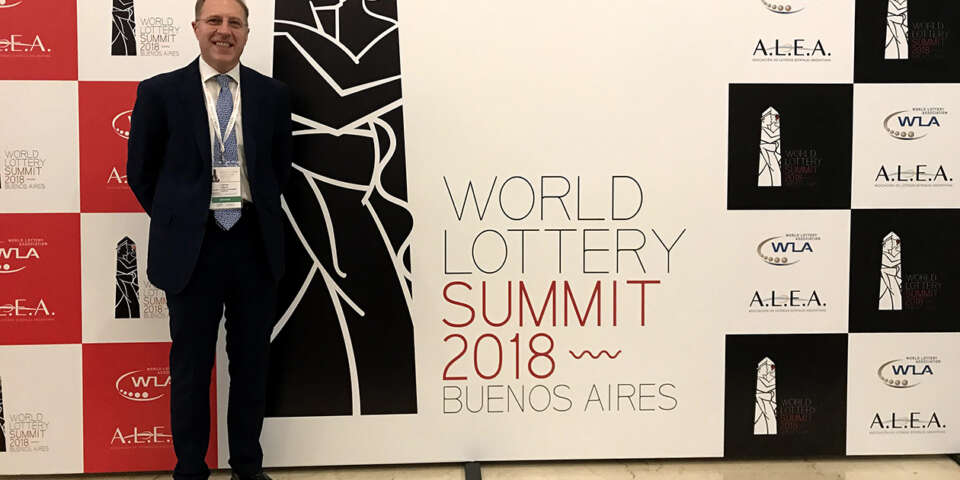 The increasing popularity of sports betting and the rapid advance of online technology provide new opportunities for state lotteries, but also for criminal elements that seek to corrupt sports for their own gain. In the following exclusive interview, GLMS President Ludovico Calvi explains why the integrity of sports and the probity of sports betting are inseparable and why the Global Lottery Monitoring System is vital for the future of the world lottery community. 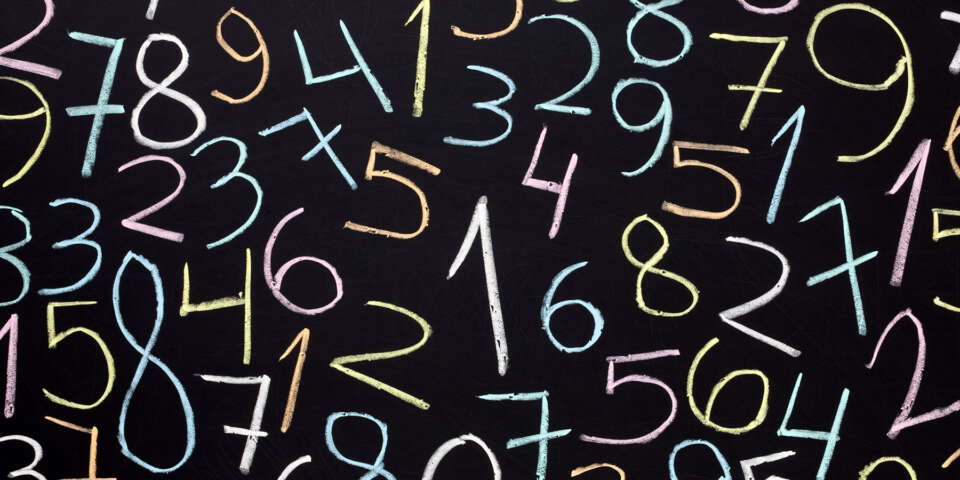 On the role of Random Number Generators in modern lottery operations.